Saying Yes to No

One of the Skills I developed lately is the skill to say NO.

I have been a YES Man for a long part of my life. I could never say No when anyone asks me anything, especially the ones who love me and the ones whom I love.

Give it a thought, if you just said YES to everything, you are not making choices. The choice is already made. That isn’t fair. I thought Life was about choices.

To tell you the truth, saying YES makes good relationships and makes you feel content and awesome. The feeling that someone else is happy is great.

The YES policy have got me into troubles as well. Once you say YES to something (for instance, a help request), its your responsibility. You got to deliver. With my nature, I would put off my priorities to get the job done. I have ended-up not delivering my priorities many times.

There is one down-side to it. If you keep saying YES, others would take advantage of you as well. Most people are lazy. I would say everyone is lazy, some are more and some are less. Who doesn’t want to spend his time at a beach or partying? 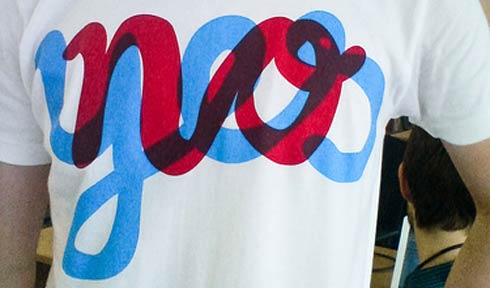 Lately, the YES policy ceased to work. I said YES to NO.

And guess what? Saying No feels equally great as saying YES. ‘NO’ might hurt someone, but if the deal is not worth putting off your priorities, you got to say NO for the greater good.

And saying NO relieves you off the stress the YES would bring. Which is really good.

So, for all the things that I can’t deliver I just say NO. Hmm, I am a little diplomatic, I guess I know to say NO in a way that he wont be hurt. (Yeah, I am a big deal 😛 )

After all its for the greater good 😉

3 responses to “Saying Yes to No”